Hello you lovely people, hope you’re all well and have had a good weekend.

As promised last week, today’s post is an appreciation post on the six main Avengers characters, not forgetting everyone else who joined them throughout the process, which I will do a little something about at the end of the page ☺

*This post does not contain any spoilers about Avengers: Endgame* 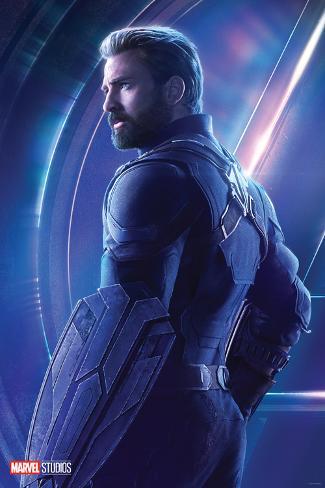 Steven Grant Rogers was born in Brooklyn, New York on July 4th, 1918 to Sarah and Joseph Rogers. They died when Steve was very young leaving him an orphan. Steve’s resiliency, despite his small stature, inspires a young James ‘Bucky’ Barnes (a.k.a Winter Soldier) to come to his aid and fight off the bullies. The two then become friends, which I’ve loved seeing progress from the First Captain America movie, they have stuck by each other even when Bucky was frozen and brainwashed. “Project: Rebirth” was designed to create the perfect soldier to fight the Axis powers. Rogers underwent regulatory military training and was selected when he proved to be brave and was willing to sacrifice his life. The experiment was successful therefore creating The First Avenger…Captain America. The fact his morals never changed and he always fought for the people of the world probably goes to show why he’s the First Avenger and the leader of the team. 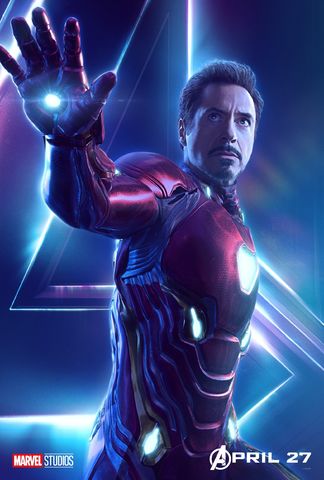 Anthony Edward Stark was born to Howard and Maria Stark on May 29, 1970. At age four he built his first circuit board, at age six his first engine, and at seventeen he graduated summa cum laude from MIT. At age twenty-one Tony became the new CEO and ushered in a new era for his father’s legacy, creating smarter weapons, advanced robotics, and satellite targeting. He changed the face of the weapons industry. While in Afghanistan, Tony was captured by Ten Rings and was ordered to build the Jericho missile for them. Instead, he, along with Ho Yinsen, used their resources to build a suit of armour and make their escape. Returning to America, Tony improves his armour and becomes the armoured superhero known as Iron Man. Although Tony has still kept many of his personality traits i.e egotistical, being an adrenaline junkie etc.. he’s also matured a lot over the movie franchise. 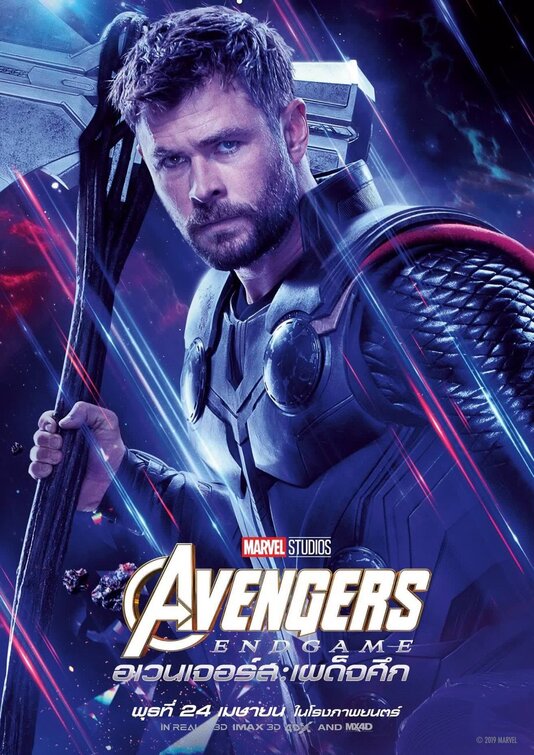 Thor had an idyllic childhood, brought up in Asgard, a futuristic Viking kingdom, as the treasured son of Odin and his wife Frigga. His best friend was his adopted brother Loki, and though they were rivals for their father’s throne and later on in life for the Tesseract, they still remained close companions, I loved witnessing the brotherly relationship on screen and watching that brotherhood go through its trial and tribulations, and knowing that even when they were fighting against each other, there was still some love for one another deep inside.

Robert Bruce Banner was born on December 18, 1969. In 2006, General Thaddeus Ross enlisted Bruce in a military research group to apparently make soldiers more resistant to radiation (in reality, Ross was hoping Bruce would perfect a recreation of the original Super Soldier Serum). But when testing the experiment on himself, he was transformed into the Hulk. Ross decided to have Bruce dissected in order to recreate the Hulk for mass use, however, Bruce instead went on the run, knowing that the Hulk and it’s power could not be controlled. Throughout the Avengers franchise, I’ve loved watching Bruce and Natasha’s relationship grow and develop, I think it was a wise choice paring those two together! 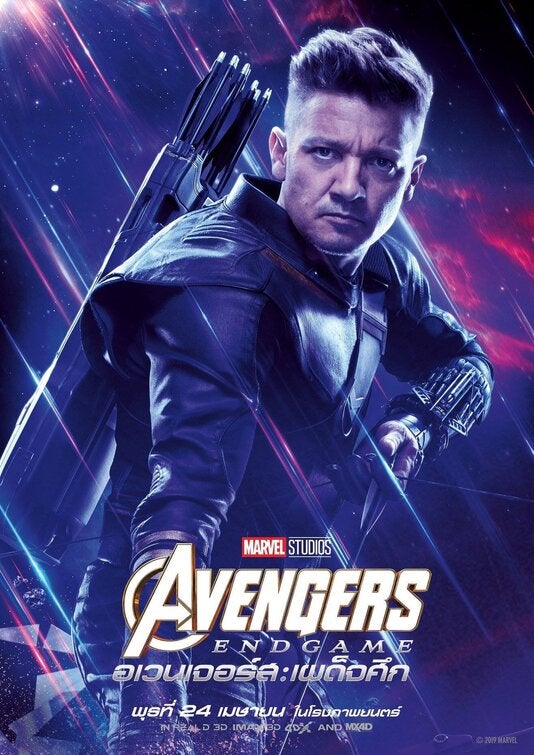 Clinton Francis ‘Clint’ Barton code name Hawkeye is a former S.H.I.E.L.D agent and founding member of the Avengers. He has no real superpowers but is the world’s greatest marksman aimed with a recurve bow. Clint has trained himself to become a master archer specializing in the use of regular bows, longbows, compound bows, and crossbows with near-perfect accuracy. He is capable of firing multiple arrows at a single target in a few seconds, hitting multiple targets in a few quick strokes, and hit small targets in the greatest of distances. Both Hawkeye and Black Widow are defined by their pain which led to finding comfort in one another thus developing a friendship that is like no other. 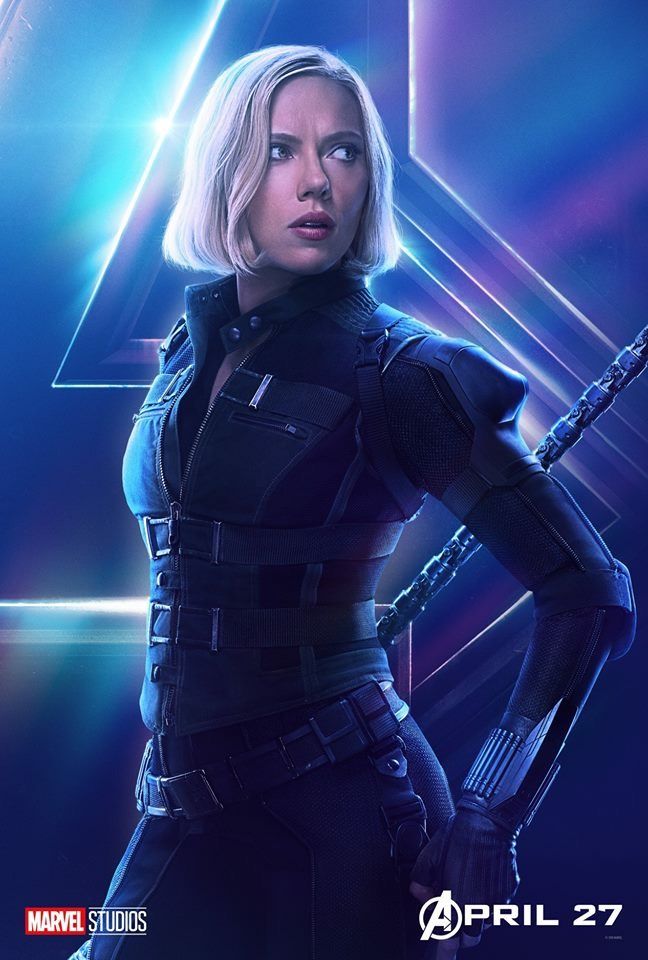 Natalia Alianovna “Natasha” Romanoff was born in Russia and went on to become a world-class spy in the employ of the KGB. She reportedly began training towards the life of an assassin when she was just a child, and her ruthless effectiveness in later years earned her the codename, “Black Widow”. Seeing her skills develop over the course of the franchise has been exciting to watch as along the way she picked up some new tricks to incorporate in battles! She was once a lone wolf, as she could only rely on one person and that was herself until she met another lone wolf Clint and they soon became firm friends, but it wasn’t until she became a member of the Avengers that she truly knew she was home and had found the family that she has longed for.

Everyone who joined the Avengers team over time throughout the franchise deserves a little recognition as well! I’ve loved the additions of Wanda Maximoff (Scarlet Witch), Bucky Barnes (Winter Soldier), Sam Wilson (Falcon), James Rhodes (War Machine), Vision, The Guardians (Peter Quill/Star-Lord, Gamora, Drax, Rocket & Groot), The people of Wakanda, Scott Lang (Ant-Man), I love that they were introduced at different times in the movies, they each bring something unique to the team.

Hope you all have a lovely week!