Hello, you awesome lot! Is it just me or is anyone else feeling under the weather? The past few days have been a real struggle to get out of bed and do anything, not to be melodramatic but it genuinely feels like the energy (of what little I have) has been drained out of me, is anyone else in the same boat? Something good did happen this week though, we’ve got another little addition to the family, as my cousin gave birth to a beautiful and healthy little girl, we’ve been sent pictures of her and she is absolutely adorable, hopefully, we get to meet her at some point, when we’re not all too busy and my cousin has recuperated!

Moving on to today’s post…a few weeks ago I did a post on The Big Bang Theory Quotes, which you can click on the following link to view >https://peytonsview.org/2022/01/19/the-big-bang-theory-quotes/< and I said that throughout the rest of this year I will be doing the best/funniest/heartfelt quotes from each of the main characters, and who best to start with than the main star himself…the quirky and highly intelligent SHELDON COOPER!

Amy’s Mom: “It’s nice to meet you too Sheldon, I honestly didn’t believe Amy when she told me she had a boyfriend.”
Sheldon: “I assure you, I am quite real and I’m having regular intercourse with your daughter.”
Amy’s Mom: “What?”
Sheldon: “Oh yes, We’re like wild animals in heat. It’s a wonder neither of us has been hurt!”
Amy’s Mom: “Amy? What is he saying?”
Amy: “You wanted me to have a boyfriend, mother, well here he is! Have to sign off now. My hunger for Sheldon is stirring in my loins.”
Sheldon: “Oh yes. It’s time for me to make love to your daughter’s vagina.” (4×5 – The Desperation Emanation)

Sheldon: “Thank you, Dr. Fowler. I have a very long and somewhat self-centered speech here. But I’d like to set it aside.”
Penny: “Yeah!”
Howard: “Way to go!”
Sheldon: “Because this honor doesn’t just belong to me. I wouldn’t be up here if it weren’t for some very important people in my life. Beginning with my mother, father, meemaw, brother, and sister. And my other family, who I’m so happy to have here with us. Is that Buffy the Vampire Slayer? I was under a misapprehension that my accomplishments were mine alone. Nothing could be further from the truth. I have been encouraged, sustained, inspired, and tolerated not only by my wife but by the greatest group of friends anyone ever had. I’d like to ask them to stand. Dr. Rajesh Koothrappali. Dr. Bernadette Rostenkowski-Wolowitz. Astronaut Howard Wolowitz. And my two dearest friends in the world, Penny Hofstadter and Dr. Leonard Hofstadter. I was there the moment Leonard and Penny met. He said to me that their babies would be smart and beautiful. And now that they’re expecting, I have no doubt that that will be the case.”
Penny: “Thanks, Sheldon. I-I haven’t told my parents yet, but thanks.”
Sheldon: “Oh. I’m sorry. Don’t tell anyone that last thing. That’s a secret.
Howard, Bernadette, Raj, Penny, Leonard, I apologize if I haven’t been the friend you deserve. But I want you to know in my way, I love you all. And I love you. Thank you.” (12×24 – The Stockholm Syndrome)

Sheldon: “Amy, when I look in your eyes and you’re looking back in mine, everything feels not quite normal. Because I feel stronger and weaker at the same time. I feel excited and, at the same time, terrified. The truth is, I don’t know what I feel, except I know what kind of man I want to be.”
Amy: “Sheldon, that was beautiful.”
Sheldon: “I should hope so, that’s from the first Spider-Man movie.”
Amy: “I’ll take it.” (6×1 – The Date Night Variable)

Sheldon: “I couldn’t sleep knowing that just outside my bedroom is our living room and just outside our living room is that hallway and immediately adjacent to that hallway is this!”
Leonard: “Do you realize if Penny wakes up there’s no reasonable explanation as to why we are here?”
Sheldon: “I just gave you a reasonable explanation.”
Leonard: “No, no. You gave me an explanation. Its reasonableness will be determined by a jury of your peers.”
Sheldon: “Don’t be silly. I have no peers.” (1×2 – The Big Bran Hypothesis)

Cop: “Your friend called 911 to report a robbery.”
Leonard: “Oh, my God, what did they get?”
Sheldon: “What didn’t they get? They got my enchanted weapons, my Vicious Gladiator armor, my Wand of Untamed Power, and all my gold.” (4×19 – The Zarnecki Incursion)

Sheldon: “I can’t believe you almost had me bring a wild animal into my home.”
Amy: “No one told you to poke the turtle’s face.”
Sheldon: “I was playing “Got your nose”. That’s how you get children to like you.” (8×17 – The Colonization Application)

Sheldon: “Oh, but don’t worry. I won’t do that to you.”
Amy: “Maybe you should.”
Sheldon: “What?”
Amy: “This has been your lifelong dream. And you may not get another chance. I don’t want to be the reason that you don’t win a Nobel.”
Sheldon: “You’re the only reason I deserve one.” (12×13 – The Confirmation Polarization)

Sheldon: “Why are you crying?”
Penny: “Because I’m stupid.”
Sheldon: “That’s no reason to cry. One cries because one is sad. For example, I cry because others are stupid, and that makes me sad.” (3×10 – The Gorilla Experiment)

Sheldon: “May I say something?”
Leonard: “Not right now, Sheldon.”
Sheldon: “But I think it may be comforting.”
Leonard: “Buddy-“
Howard: “No, it’s okay. What?”
Sheldon: “When I lost my own father, I didn’t have any friends to help me through it. You do.” (8×15 – The Comic Book Store Regeneration)

Raj: “Why did Howard leave you in the middle of the road anyway?.”
Sheldon: “We had a difference of opinion.”
Raj: “Over what?.”
Sheldon: “Whether or not he was trying to kill me. For the record, I maintain he was.” (2×5 – The Euclid Alternative)

Penny: “Hang on, I think the emergency key is around here somewhere.”
Sheldon: “We have a bowl. Our keys go in a bowl. You should get a bowl.”
Penny: “So, how did the beautiful mind of Sheldon Cooper forget his key in the first place.”
Sheldon: “I left them in the bowl.” (2×21 – The Vegas Renormalization)

Penny: “All right, want some French toast?”
Sheldon: “It’s Oatmeal Day.”
Penny: “Tell you what, next French Toast Day, I will make you oatmeal.”
Sheldon: “Dear Lord, are you still going to be here on French Toast Day?.” (3×3 – The Gothowitz Deviation)

Leonard: “What were you doing at Penny’s?”
Sheldon: “Well, we had dinner, played some games, and then I spent the night. Oh, and you’ll be happy to know that I now have a much better understanding of ‘friends with benefits.” (2×21 – The Vegas Renormalization)

Sheldon: “Amy, there was a song I couldn’t get out of my head. Eventually, I realized the song was about you, and like that earworm, I can’t get you out of my heart. So, what I’m trying to say is, you’re my heartworm. The metaphorical kind, not the poodle-killing kind.” (9×10 – The Earworm Reverberation)

Penny: “Hey, Sheldon, did you change your Wi-Fi password again?.”
Sheldon: “Yes, it’s “Penny get your own Wi-Fi”; no spaces.” (4×24 – The Roommate Transmogrification)

Store Clerk: “Excuse me, Sir, you don’t work here.”
Sheldon: “Yes, well apparently neither does anyone else.” (1×16 – The Peanut Reaction)

Amy: “This isn’t easy to say, because I love you, but… I need some time to take a step back and reevaluate our situation.”
Sheldon: “Oh.”
Amy: “I hope you understand.”
Sheldon: “Okay.”
Amy: “Bye, Sheldon.”
Sheldon: “Well, Gollum, you’re an expert on rings.” [Sheldon takes out an engagement ring from his desk drawer] “What do I do with this one?.” (8×24 – The Commitment Determination)

Howard: “We will, we will, percussive shock you.”
Raj: “We will, we will, percussive shock you.”
Sheldon: “Buddy, you’re a boy, make a big noise, playin’ in the street, gonna be a big man someday.
You got mud on your face, you big disgrace.
Kickin’ your can all over the place.
I have an eidetic memory. Sometimes it’s a curse.” (9×3 – The Bachelor Party Corrosion)

There were so many quotes from Sheldon to choose from that it was hard to dwindle it down to just 50, I hope you liked the ones that I did pick. Thank you for visiting my blog and reading today’s post, I hope you all have a lovely week and I shall see you next time! 😊 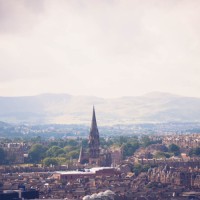