Hope everyone had a nice New Year! My family and I had a nice cosy day, watching films and sipping on hot tea, it’s honestly my favourite way to spend the day 🙂 some included Skyscraper, Tag etc…

From the title I think you can gather that this weeks post is about the upcoming movies to look forward to within the coming year.

Once Upon a Time in Hollywood Comedy, Drama

A faded TV actor and his stunt double embark on an odyssey to make a name for themselves in the film industry during the Helter Skelter reign of terror in 1969 Los Angeles.

A live-action retelling of the 1992 Disney film of the same name.

In the aftermath of Thanos wiping out half of all life in the universe, the remaining Avengers must do what’s necessary to undo the Mad Titan’s deed.

Jean Grey begins to develop incredible powers that corrupt and turn her into a Dark Phoenix. Now the X-Men will have to decide if the life of a team member is worth more than all the people living in the world.

Carol Danvers becomes one of the universe’s most powerful heroes when Earth is caught in the middle of a galactic war between two alien races.

The crypto-zoological agency Monarch faces off against a battery of god-sized monsters, including the mighty Godzilla, who collides with Mothra, Rodan, and his ultimate nemesis, the three-headed King Ghidorah.

The conclusion of the ‘Star Wars’ sequel trilogy.

CGI re-imagining of the 1994 Disney classic.

A dystopian world where there are no women and all living creatures can hear each others’ thoughts in a stream of images, words, and sounds called Noise.

A young elephant, whose oversized ears enable him to fly, helps save a struggling circus, but when the circus plans a new venture, Dumbo and his friends discover dark secrets beneath its shiny veneer.

How to Train Your Dragon: The Hidden World PG | Animation, Action, Adventure

As Hiccup fulfills his dream of creating a peaceful dragon utopia, Toothless’ discovery of an untamed, elusive mate draws the Night Fury away. When danger mounts at home and Hiccup’s reign as village chief is tested, both dragon and rider must make impossible decisions to save their kind

27 years later, the Losers Club have grown up and moved away, until a devastating phone call brings them back

We all have a superhero inside us, it just takes a bit of magic to bring it out. In Billy Batson’s case, by shouting out one word – SHAZAM! – this streetwise 14-year-old foster kid can turn into the adult superhero Shazam.

When a new toy called “Forky” joins Woody and the gang, a road trip alongside old and new friends reveals how big the world can be for a toy.

Peter Parker and his friends go on summer vacation to Europe and where Peter finds himself trying to save his friends against a villain known as Mysterio.

Based on the graphic novels by Mike Mignola, Hellboy, caught between the worlds of the supernatural and human, battles an ancient sorceress bent on revenge.

A boy in New York is taken in by a wealthy Upper East Side family after his mother is killed in a bombing at the Metropolitan Museum of Art.

The Men in Black have always protected the Earth from the scum of the universe. In this new adventure, they tackle their biggest threat to date: a mole in the Men in Black organization.

A cop in rural town of Green Hills will help Sonic escape from the government who is looking to capture him.

In a world where people collect Pokémon to do battle, a boy comes across an intelligent talking Pikachu who seeks to be a detective.

Four sisters come of age in America in the aftermath of the Civil War.

Six billionaires fake their own deaths and form an elite vigilante squad in order to take down notorious criminals.

The new Spawn movie will be a R-rated supernatural horror film.

It’s been five years since everything was awesome and the citizens are facing a huge new threat: LEGO DUPLO® invaders from outer space, wrecking everything faster than they can rebuild.

The story of Elton John’s life, from his years as a prodigy at the Royal Academy of Music through his influential and enduring musical partnership with Bernie Taupin.

An action-packed story of one young woman’s journey to discover the truth of who she is and her fight to change the world.

Rambo goes up against a Mexican cartel in what’s reported to be his last adventure.

A spinoff of The Fate of the Furious, focusing on Johnson’s US Diplomatic Security Agent Luke Hobbs forming an unlikely alliance with Statham’s Deckard Shaw.

A sequel to Jumanji: Welcome to the Jungle.

Post World War II, a British colonel and his wife are assigned to live in Hamburg during the post-war reconstruction, but tensions arise with the German who previously owned the house.

Pilot Amelia Wren and scientist James Glaisher find themselves in an epic fight for survival while attempting to make discoveries in a hot air balloon.

The mysterious past of a fishing boat captain comes back to haunt him, when his ex-wife tracks him down with a desperate plea for help, ensnaring his life in a new reality that may not be all that it seems.

The third installment of the ‘John Wick’ series.

Five young mutants, just discovering their abilities while held in a secret facility against their will, fight to escape their past sins and save themselves.

The Woman in the Window

An agoraphobic woman living alone in New York begins spying on her new neighbors only to witness a disturbing act of violence.

The next installment in the franchise.

A failed stand-up comedian is driven insane and becomes a psychopathic murderer.

Set in a Chicago neighborhood nearly a decade after an occupation by an extra-terrestrial force, Captive State explores the lives on both sides of the conflict – the collaborators and dissidents.

The true story of the battle between Ford and Ferrari to win Le Mans in 1966.

Artemis Fowl II, a young Irish criminal mastermind, kidnaps the fairy LEPrecon officer Holly Short for ransom to fund the search for his missing father in order to restore the family fortune. 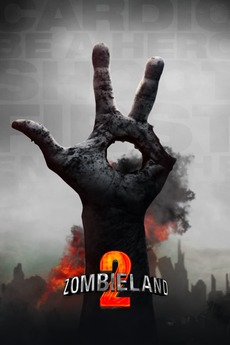 Columbus, Tallahassee, Wichita, and Little Rock move to the American heartland as they face off against evolved zombies, fellow survivors, and the growing pains of the snarky makeshift family.

After her anxiety-ridden mother disappears, 15-year-old Bee does everything she can to track her down, discovering her troubled past in the process.

Third installment of the ‘Kingsman’ franchise.

The Upside
12A | 2h 5min | Comedy, Drama
A comedic look at the relationship between a wealthy man with quadriplegia and an unemployed man with a criminal record who’s hired to help him.

Comedy, Fantasy, Romance |
A woman is boxed out by the male sports agents in her profession, but gains an unexpected edge over them when she develops the ability to hear their thoughts.

A young woman disenchanted with love mysteriously finds herself trapped inside a romantic comedy. Does she ever figure out why this movie doesn’t have a question mark in its title? We’ll just have to wait to find out.

A victim of a brutal attack finds a unique and beautiful therapeutic outlet to help him through his recovery process.

Wonder Park tells the story of a magnificent amusement park where the imagination of a wildly creative girl named June comes alive.

A lot to forward to this upcoming year, I can’t wait! 😀