Good morning you wonderful lot, hope everyone’s doing alright. I wish I could say I am, but I was supposed to go and see the Muscular Skeletal (MSK) doctor yesterday to have my wrist and foot looked at, and unfortunately, I couldn’t attend the appointment due to having a high temperature and showing symptoms of Covid (I have not been tested, so can not confirm whether or not I am positive) but we rang the surgery and explained the situation, and they advised it would probably be best to stay at home as a precaution and told me I can change my appointment online for another day, which luckily was easy to do and is now booked in for about a months time! So for now, (whilst being stuck indoors for the next week or so) I will be using this time as a chance to get ahead of my blog and hopefully get a few week’s worth of posts scheduled, whilst most likely watching old cartoons/animated films, as they are one of my go-to’s for when I’m unwell, as I’m sure it is for quite a lot of people! Speaking of which…

Bugs Bunny is probably most people’s favorite Looney Tunes character. He is a smart-talking rabbit who lives life by passing funny comments on the people he meets. Some of the dialogues spoken by the character in the cartoon are still famous even to this day. The animated cartoon character has been around since the early ’30s, hence both young and older generations are very familiar with most of his traits, storylines, and tricks. However, the lengthy existence means there’s a wealth of information about Bugs Bunny, some of which might be easy for even the staunchest fans to miss.

A prototype Bugs rabbit with some of the personality of a finalized Bugs, though looking very different, was originally featured in the film Porky’s Hare Hunt, released on April 30, 1938. It was co-directed by Ben “Bugs” Hardaway and an uncredited director Cal Dalton (who was responsible for the initial design of the rabbit). The white rabbit had an oval head and a shapeless body. In characterization, he was “a rural buffoon”. The rabbit character was popular enough with audiences that the Termite Terrace staff decided to use it again. The rabbit comes back in Prest-O Change-O (1939), directed by Chuck Jones, where he is the pet rabbit of the unseen character Sham-Fu the Magician. This version of the rabbit was cool, graceful, and controlled. The rabbit’s third appearance comes in Hare-um Scare-um (1939), This cartoon—the first in which he is depicted as a gray bunny instead of a white one—is also notable as the rabbit’s first singing role. Charlie Thorson, the lead animator on the film, gave the character a name. He had written “Bug’s Bunny” on the model sheet that he drew for Hardaway. Thorson had been approached by Tedd Pierce, head of the story department, and asked to design a better rabbit. The decision was influenced by Thorson’s experience in designing hares. He designed Max Hare in Toby Tortoise Returns (Disney, 1936).

While Porky’s Hare Hunt was the first Warner Bros. cartoon to feature a prototype of Bugs Bunny, A Wild Hare, directed by Tex Avery character designed by Bob Givensand released on July 27, 1940, is widely considered to be the first official Bugs Bunny cartoon. It is the first film where both Elmer Fudd and Bugs, both redesigned by Bob Givens, are shown in their fully developed forms as hunter and tormentor, respectively; the first in which Mel Blanc uses what became Bugs’ standard voice; and the first in which Bugs uses his catchphrase, “What’s up, Doc?” For the film, Avery asked Givens to remodel the rabbit. The result had a closer resemblance to Max Hare. He had a more elongated body, stood more erect, and looked more poised. Blanc gave Bugs the voice of a city slicker. The second full-fledged role for the mature Bugs, Chuck Jones’ Elmer’s Pet Rabbit (1941), is the first to use Bugs’ name on-screen: it appears in a title card, “featuring Bugs Bunny,” at the start of the film. However, his design was slightly altered; Bugs’ visual design is based on the prototype rabbit in Candid Camera, but with yellow gloves and no buck teeth. After Pet Rabbit, however, subsequent Bug’s appearances returned to normal: the Wild Hare visual design and personality returned, and Blanc re-used the Wild Hare voice characterization.

By 1942, Bugs had become the number one star of Merrie Melodies. The series was originally intended only for one-shot characters in films after several early attempts to introduce characters failed under Harman–Ising. By the mid-1930s, under Leon Schlesinger, Merrie Melodies started introducing newer characters. The character was reworked by Robert McKimson. with a slight redesign of Bugs, with less-prominent front teeth and a rounder head. in 1943 another version, with more slanted eyes, longer teeth and a much larger mouth was created. Bugs’ popularity soared during World War II because of his free and easy attitude, and he began receiving special star billing in his cartoons by 1943. By that time, Warner Bros. had become the most profitable cartoon studio in the United States. At the end of Super-Rabbit (1943), Bugs appears wearing a United States Marine Corps dress blue uniform. As a result, the Marine Corps made Bugs an honorary Marine master sergeant. From 1943 to 1946, Bugs was the official mascot of Kingman Army Airfield, Kingman, Arizona, where thousands of aerial gunners were trained during World War II. Some notable trainees included Clark Gable and Charles Bronson. Bugs also served as the mascot for 530 Squadron of the 380th Bombardment Group, 5th Air Force, U.S. Air Force, which was attached to the Royal Australian Air Force.

Bugs did not appear in any of the post-1964 Looney Tunes and Merrie Melodies films produced by DePatie-Freleng Enterprises or Seven Arts Productions, nor did he appear in Filmation’s Daffy Duck and Porky Pig Meet the Groovie Goolies. Bugs returned to the silver screen in Box-Office Bunny (1991). This was the first Bugs Bunny cartoon since 1964 to be released in theaters and it was created for Bugs’ 50th anniversary celebration. In 1996, Bugs and the other Looney Tunes characters appeared in the live-action/animated film, Space Jam, directed by Joe Pytka and starring NBA superstar Michael Jordan. In 2011, Bugs Bunny and the rest of the Looney Tunes gang returned to television in the Cartoon Network sitcom, The Looney Tunes Show. In 2015, Bugs starred in the direct-to-video film Looney Tunes: Rabbits Run, and later returned to television yet again as the star of Cartoon Network and Boomerang’s comedy series New Looney Tunes (formerly Wabbit). In 2020, Bugs began appearing on the HBO Max streaming series Looney Tunes Cartoons and also made his return to movie theaters in the 2021 Space Jam sequel Space Jam: A New Legacy, this time starring NBA superstar LeBron James.

Mel Blanc voiced the character for almost 50 years, from Bugs’ debut in the 1940 short A Wild Hare until Blanc’s death in 1989. Blanc described the voice as a combination of Bronx and Brooklyn accents; however, Tex Avery claimed that he asked Blanc to give the character not a New York accent per se, but a voice like that of actor Frank McHugh, who frequently appeared in supporting roles in the 1930s and whose voice might be described as New York Irish. In Bugs’ second cartoon Elmer’s Pet Rabbit, Blanc created a completely new voice for Bugs, which sounded like a Jimmy Stewart impression, but the directors decided the previous voice was better. Who Framed Roger Rabbit (1988) would be one of the final productions in which Mel Blanc voiced Bugs (as well as the other Looney Tunes characters) before his death in 1989. He would then be voiced by the likes of; Keith Scott, Jeff Bergman, Greg Burson, Noel Blanc, Billy West, Joe Alaskey, Sam Vincent, and more recently Eric Bauza.

According to Guinness World Records, Bugs has appeared in more films (both short and feature-length) than any other cartoon character and is the ninth most portrayed film personality in the world (just behind Santa Claus). He also has been a pitchman for companies including Kool-Aid and Nike. His Nike commercials with Michael Jordan as “Hare Jordan” for the Air Jordan VII and VIII became precursors to Space Jam. As a result, he has spent time as an honorary member of Jordan Brand, including having Jordan’s Jumpman logo done in his image. In 2015, as part of the 30th anniversary of Jordan Brand, Nike released a mid-top Bugs Bunny version of the Air Jordan I, named the “Air Jordan Mid 1 Hare”, along with a women’s equivalent inspired by Lola Bunny called the “Air Jordan Mid 1 Lola”, along with a commercial featuring Bugs and Ahmad Rashad. In 2002, TV Guide compiled a list of the 50 greatest cartoon characters of all time as part of the magazine’s 50th anniversary. Bugs Bunny was given the honor of number 1. On July 31, 2002, the TV Guide editor explained why Bugs pulled top billing: “His stock…has never gone down…Bugs is the best example…of the smart-aleck American comic. He not only is a great cartoon character, but he’s also a great comedian. He was written well. He was drawn beautifully. He has thrilled and made many generations laugh. He is tops.”

Bugs Bunny is a character who always stays in the minds of the people. He’s a quirky smart-mouthed rabbit that is always getting into trouble and has been a part of many people’s childhood. Here’s to the “wascally wabbit” himself, Happy Birthday Bugs!

Thank you for coming to my blog and reading today’s post,. Hopefully, you managed to find out some new things about Bugs that you never knew before. For now, though, I hope you all have a lovely week, and I will see you next Wednesday.

One thought on “82 Years Of Bugs Bunny” 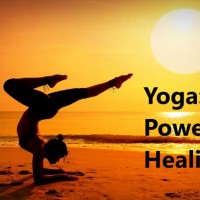 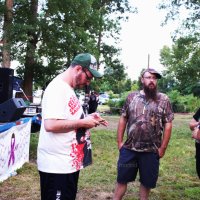 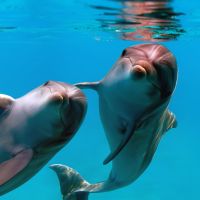