Good morning, is everyone doing ok? There have been quite a few things that have happened since last Wednesday. To start with, my mum ended up having to go to the hospital yesterday as she’s been sufering a lot in the groinal area, and the Doctor she saw on Monday at our GP Surgery (through an emergency appointment) wanted her to be properly examined at the hospital to see if she needed any further tests/scans done to see if they can find out what the problem is, but they were unsure of whats wrong at this moment in time – but shes’s been given some medication for the next week or so to help with the pain to see if that will help otherwise its another trip back to the Doctors to get her booked in for an MRI to see if theres anything else underlying it could be. Fingers crossed that whatever it is will get sorted quickly. My dad officially started his ‘holiday’ (a week off from work) on Father’s day, funnily enough, which has been the only day so far that he’s been able to relax as he’s the only one who can drive to take us to the Doctors/Hospital.

Some other things have happened i.e. my dad had a meeting with someone regarding help with finding a new job, Kim and Chris (my sister and brother-in-law) have taken Isaac to centre parks for the next few days, and I’m having to use an anti-septic cream on my ear as my earring became imbedded into the back of my ear and caused a little infection, so hopefully that will clear up within the next week or two. That was only a couple of other extra things that happened this past week, there has been more but I’ve rambled on way too much and should get on with today’s post, which I’m rather excited about, so let’s start…

If there is one person who has proven that women can rule Hollywood, then it is the magnificent Meryl Streep, who celebrates her 73rd Birthday today. With 95 acting credits to her name, along with more Academy Award and Golden Globe Award nominations than any other actor in history, it is the perfect time to celebrate just why Streep is so loved by Hollywood and millions of cinemagoers.

Often described as “the best actress of her generation”, Mary Louise “Meryl” Streep was born June 22, 1949, in Summit, New Jersey. She is the daughter of artist Mary Wilkinson Streep and pharmaceutical executive Harry William Streep, Jr. She has two younger brothers, Harry William Streep III and Dana David Streep, both actors. Streep’s mother, whom she has compared in both appearance and manner to Dame Judi Dench, strongly encouraged her daughter and instilled confidence in her from a very young age. Although she was naturally more introverted than her mother, when she later needed an injection of confidence in adulthood, she would consult her mother at times for advice. Streep was raised as a Presbyterian in Basking Ridge, New Jersey, and attended Cedar Hill Elementary School and the Oak Street School, which was a junior high school at that time. In 1963, the family moved to Bernardsville, New Jersey, where she attended Bernards High School. At age 12, Streep was selected to sing at a school recital, leading to her having opera lessons from Estelle Liebling. She quit after four years. Streep had many Catholic school friends, and regularly attended Mass. She was a high school cheerleader for the Bernards High School Mountaineers and was also chosen as the homecoming queen her senior year.

Although Streep appeared in numerous school plays during her high school years, she was uninterested in serious theater until acting in the play Miss Julie at Vassar College in 1969, in which she gained attention across the campus. Streep demonstrated an early ability to mimic accents and to quickly memorize her lines. She received her BA cum laude in 1971, before applying for an MFA from the Yale School of Drama. One of Streep’s first professional jobs in 1975 was at the Eugene O’Neill Theater Center’s National Playwrights Conference, during which she acted in five plays over six weeks. She moved to New York City in 1975, and was cast by Joseph Papp in a production of Trelawny of the Wells at the Vivian Beaumont Theater, opposite Mandy Patinkin and John Lithgow. She went on to appear in five more roles in her first year in New York, including in Papp’s New York Shakespeare Festival productions of Henry V, The Taming of the Shrew with Raul Julia, and Measure for Measure opposite Sam Waterston and John Cazale, with whom she entered into a relationship with, and resided with until his death three years later.

Although Streep had not aspired to become a film actor, Robert De Niro’s performance in Taxi Driver (1976) had a profound impact on her; Streep began auditioning for film roles, and underwent an unsuccessful audition for the lead role in Dino De Laurentiis’s King Kong. She continued to work on Broadway, appearing in numerous plays including Anton Chekhov’s The Cherry Orchard, where Robert De Niro spotted her and suggested she play the role of his girlfriend in the war film The Deer Hunter (1978). The film’s success exposed Streep to a wider audience and earned her a nomination for the Academy Award for Best Supporting Actress. For Kramer vs. Kramer, Streep won both the Golden Globe Award and the Academy Award for Best Supporting Actress, which she famously left in the ladies’ room after giving her speech.The story within a story drama The French Lieutenant’s Woman (1981) was Streep’s first leading role. She Streep was awarded a BAFTA Award for Best Actress in a Leading Role for her work. Greater success came a year later when Streep starred in the drama Sophie’s Choice (1982), Streep’s emotional dramatic performance and her apparent mastery of a Polish accent drew praise. Meryl filmed the “choice” scene in one take and refused to do it again, finding it extremely painful and emotionally exhausting. Among several acting awards, Streep won the Academy Award for Best Actress for her performance.

Streep’s most successful film of the 90’s was the romantic drama The Bridges of Madison County (1995) Though Streep disliked the novel it was based on, she found the script to be a special opportunity for an actress her age. She gained weight for the part and dressed differently from the character in the book to emulate voluptuous Italian film stars such as Sophia Loren. In 1999 Streep portrayed Roberta Guaspari, a real-life New Yorker who found passion and enlightenment teaching violin to the inner-city kids of East Harlem, in the music drama Music of the Heart. Required to play the violin, Streep underwent two months of intense training, five to six hours a day. Streep found major commercial success when she starred in Phyllida Lloyd’s Mamma Mia! (2008), a film adaptation of the musical of the same name, based on the songs of Swedish pop group ABBA. In 2009, Streep played chef Julia Child in Nora Ephron’s Julie & Julia, co-starring with Stanley Tucci, and with Amy Adams. She received a nomination for the Golden Globe Award for Best Actress – Motion Picture Musical or Comedy for the film, which she won the award for.

In 2014 Streep appeared as the dispassionate leader of an ostensibly utopian community in The Giver, based on the novel for young readers by Lois Lowry. After depicting woman-suffrage pioneer Emmeline Pankhurst in Suffragette (2015), Streep delivered an ebullient and sympathetic performance in the title role of Florence Foster Jenkins (2016), about the tragicomic but ultimately inspiring efforts of a syphilitic society matron to establish an opera career. Over the next 5 years, she would go on to star in films such as Katherine Graham in The Post (2017), Cousin Topsy in Mary Poppins Returns (2018), Ellen Martin in The Laundromat and Aunt March in Little Women (both 2019), Dee Dee Allen in The Prom (2020), and most recently as President Orlean in Don’t Look Up (2021), a dramedy about an impending comet strike that will destroy Earth. It’s safe to say that Meryl owns all these parts the way no other actor can own their parts.

She married sculptor Don Gummer in September 1978 and has been with him, since then. The couple have four children Henry W. “Hank” Gummer (1979), Mamie Gummer (1983), Grace Jane Gummer (1986), and Louisa Jacobson Gummer (1991). In February 2019, Streep became a grandmother for the first time, through her eldest daughter Mamie. Streep has more than earned her place in Hollywood history, and as she continues in her work, her fan base is as strong as ever, and has been the recipient of many honorary awards. She was awarded the AFI Life Achievement Award in 2004, Gala Tribute from the Film Society of Lincoln Center in 2008, and Kennedy Center Honor in 2011 for her contribution to American culture, through performing arts. President Barack Obama awarded her the 2010 National Medal of Arts, and in 2014, the Presidential Medal of Freedom. In 2003, the government of France made her a Commander of the Order of Arts and Letters. She was awarded the Golden Globe Cecil B. DeMille Award in 2017.

One of the most versatile, cinematic geniuses. Meryl has a certain command over her craft, a rare charm, a subtle, understated power that gets infused in her dialogue delivery and facial expressions. She steps into the space created for her character and then assumes supreme and unconditional ownership. There is no question about it. There can never be another Meryl Streep. Not now. Not in the future.

She’s gorgeous, talented, makes us laugh/makes us cry, and by all accounts is just about as humble as they come. Here’s to Meryl Streep, wishing her a Happy birthday.

Thank you for visiting my blog and reading today’s post, I hope you all have a great week! See you next Wednesday 😃

One thought on “Celebrate Meryl Streep!” 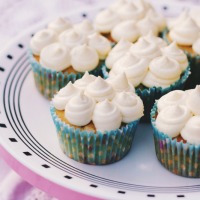