Good morning all, hope everyone is doing OK. My Mum and I did a Face-time with Kim (my sister) and Baby Isaac last Thursday, it was lovely seeing them – even if it was through a computer screen – I can’t believe he’s almost 2 weeks old, he is so adorable! 😄 Not much else has happened this past week other than I cut my Mum’s hair for the first time last Saturday which turned out pretty good (she was very happy with the outcome), but other than that we’ve mostly just relaxed and watched movies.

Onto today’s post, I have always loved Penguins! They’re actually my favorite animals in the world and I wanted to do this post today to raise awareness about them as each year their numbers dwindle, so when I saw that it was Penguin awareness day, I just knew I had to write a post about them. Lets start shall we…

Penguins are fun and interesting animals that are unique in many different ways. There are currently over 18 different known species of penguin and some of them have been around the planet for well over 65 million years. They’re a beloved animal thanks to many popular depictions in movies and children’s stories, but they’re also fascinating birds that have piqued the interest of many people all over the world. However, what most people don’t realize is that penguin numbers around the world are dwindling. Every year, the penguin population shrinks at an alarming rate and most of the world doesn’t realize this because they don’t get to see “real” penguins in their natural habitat.

Penguin Awareness Day helps to bring some reality to people’s depictions of penguins that typically come from animated films and cartoons. Penguins are often seen as laid-back animals that love to swim around, take care of their children and socialize. This is a pretty accurate representation of what penguins do on a daily basis, but it doesn’t show the environment that the penguins live in and how it’s constantly changing around them.

Penguin Awareness Day is a time to celebrate and commemorate penguins, but unless we do something as a collective to help penguins thrive in the wild, there may be none left in the near future. That’s why the main focus of Penguin Awareness Day is to educate people on their situation, learn how climate change has affected them and also learn about the different species and where they live.

Ways You Can Help:

2. Keep the oceans clean: Use less disposable plastic, recycle whenever possible, buy organic foods to help lower the amount of fertilizer and pesticides that flow into the ocean. Make sure your car isn’t leaking oil. Never dump chemicals down storm drains.

3. Carbon Footprint: Help reduce carbon emissions to slow climate change. Dynamic changes produce rapid alterations in marine environments and within the food chains that are involved. Take action to help penguins survive by making simple changes like turning off lights when not in use or when you leave the room, or using LED light bulbs.

4. Learn more about penguins: It’s hard to help a species that you don’t know much about. And when it comes to penguins, the more you know, the more you’ll fall in love! Penguins are fascinating birds, and each species has its own unique attributes and behaviors. Researchers are constantly learning about them.

Thank you for visiting my blog! I hope you all stay safe and manage to have a good week… but for now – see you next Wednesday! 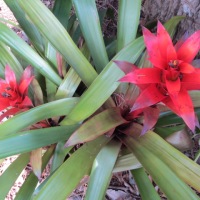