Hello, you lovely lot! I hope you’re all doing ok. It’s a little bit hectic in our house at the moment, as we’ve acquired a major leak in our utility room which is making our ceiling start to cave in, and with the sudden downpours that keep happening, the water keeps seeping through somehow, so we’ve had to keep alternating between buckets to catch the water. Hopefully, it will be sorted today with it being an emergency. In other news, my leg is healing ☺ it’s still painful, badly bruised and I can’t put any weight on it just yet, but time and patience is a virtue.

This weeks post is all about picturesque places in the world. There are so many different places to visit that either not many people think about going to or haven’t discovered yet. So here are just some of those places….. 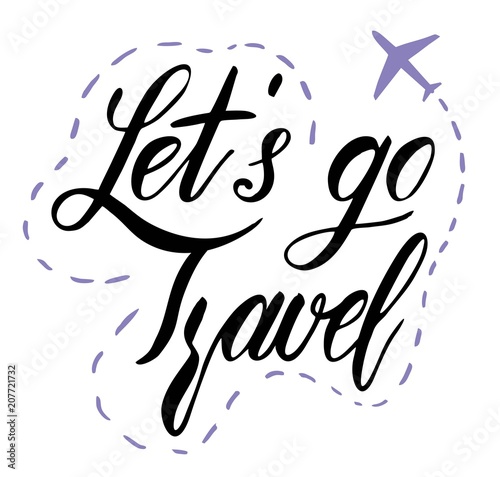 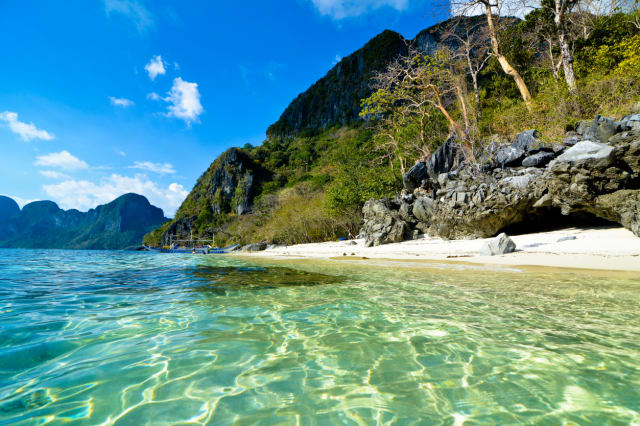 Palawan is the largest island in the Palawan Province, in the western Philippines. The capital, Puerto Princesa, is known for the biodiverse Puerto Princesa Subterranean River National Park, where boats run along an underground river through vast caves. Off the east coast, Honda Bay’s islands are dotted with resorts. Farther out in the Sulu Sea, Tubbataha Reefs Natural Park has reefs teeming with marine life. 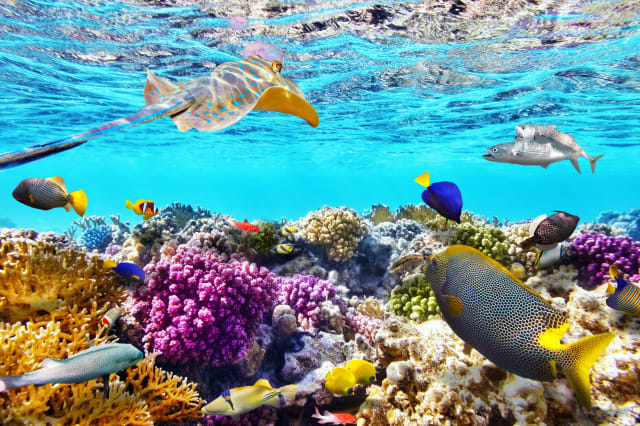 No visit to this part of the world would be complete without a visit to these remarkable natural wonders. Whitehaven Beach stretches for seven kilometres and is washed by swirls of turquoise, blue and green water. The sand is 98 per cent pure white silica, which gives it a brilliant, near luminescent colour. It has been voted as the world’s top eco-friendly beach, and Queensland’s cleanest beach. The Great Barrier Reef is the largest living thing on earth and is even visible from outer space. It spans close to 350,000 square kilometres, includes thousands of reefs and hundreds of islands, and is home to countless species of fish, molluscs, starfish, turtles, dolphins and sharks.

Maui, known also as “The Valley Isle,” is the second-largest Hawaiian island. The island beloved for its world-famous beaches, the sacred Iao Valley, views of migrating humpback whales (during winter months), farm-to-table cuisine and the magnificent sunrise and sunset from Haleakala. It’s not surprising Maui has been voted “Best Island in the U.S.” by Condé Nast Traveler readers for more than 20 years.

Paris, France’s capital, is a major European city and a global centre for art, fashion, gastronomy and culture. Its 19th-century cityscape is crisscrossed by wide boulevards and the River Seine. Beyond such landmarks as the Eiffel Tower and the 12th-century, Gothic Notre-Dame cathedral, the city is known for its cafe culture and designer boutiques along the Rue du Faubourg Saint-Honoré.

Oia is a coastal town on the northwestern tip of Santorini, a Greek Aegean island. The town has whitewashed houses carved into the rugged clifftops and overlooks a vast caldera filled with water. In a 19th-century mansion, the Naval Maritime Museum has exhibits on local seafaring history, including old figureheads, sailors’ chests and models of old ships. Nearby is the ruined Oia Castle, known for its sunset views.

A geothermal spa in southwestern Iceland, the Blue Lagoon is located in a lava field on the Reykjanes Peninsula. The lagoon is one of the 25 wonders of the world and is a popular destination for swimmers looking to kick back and relax while bathing in nature.

This active volcano just southwest of Tokyo has a reverent status in Japanese culture, as it is believed to be the country’s holiest mountain. During springtime, cherry blossoms light up the five lakes surrounding it.

The beach at Ipanema is known for its elegant development and its social life. Two mountains called the Dois Irmãos (Two Brothers) rise at the western end of the beach, which is divided into segments delineated by postos, or lifeguard towers.

Plitviče Lakes National Park is a 295-sq.-km forest reserve in central Croatia. It’s known for a chain of 16 terraced lakes, joined by waterfalls, that extend into a limestone canyon. Walkways and hiking trails wind around and across the water, and an electric boat links the 12 upper and 4 lower lakes. The latter is the site of Veliki Slap, a 78m-high waterfall.

Pamukkale is a town in western Turkey known for the mineral-rich thermal waters flowing down white travertine terraces on a nearby hillside. It neighbours Hierapolis, an ancient Roman spa city founded around 190 B.C. Ruins there include a well-preserved theatre and a necropolis with sarcophagi that stretch for 2km. The Antique Pool is famous for its submerged Roman columns, the result of an earthquake. 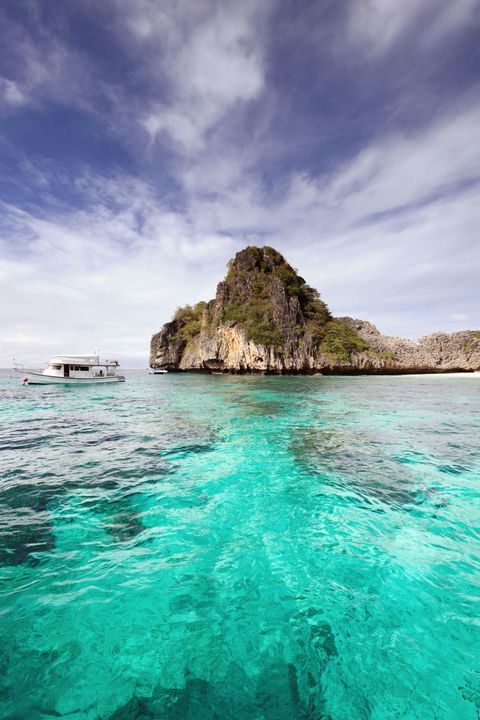 Krabi, on southern Thailand’s west coast, is a province characterized by craggy, sheer limestone cliffs, dense mangrove forests, and more than a hundred offshore islands. Some of its most popular beach destinations include the Phi Phi Islands, which jut from the sea like giant rainforested boulders, and Railay Beach, accessible only by boat and a prominent rock-climbing spot.

One of the most isolated natural treasures of the world, the Marble Caves (Capillas de Mármol) is a series of sculpted caves in the General Carrera Lake in the heart of Patagonia. The Cathedral, the Chapel and the Cave are the three formations that make up this natural spectacle that will certainly leave you breathless. Keep your eyes wide open to admire the black and white columns reflected on the blue waters. A true dream for photography lovers. 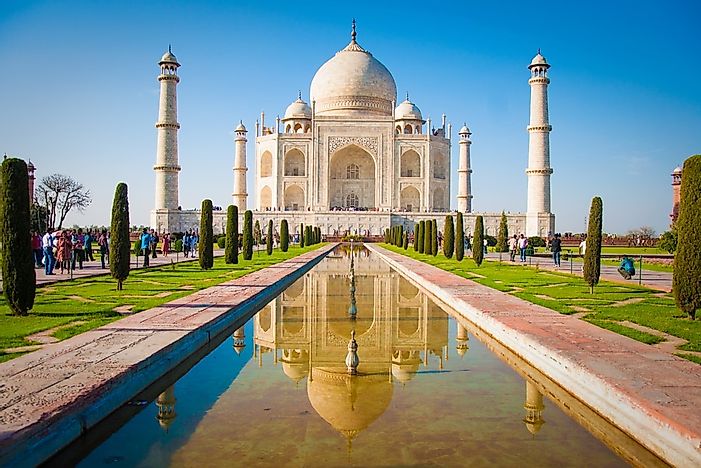 Taj Mahal is one of the world’s most famous examples of funerary art. The construction of the temple was commissioned in 1632, and it was completed in 1643. The Taj Mahal is located in Agra, in northern India, and has been a UNESCO World Heritage Site since 1983. Situated about 10km from the city of Livingstone is one of the world’s seven natural wonders and one of the most spectacular natural sites in the world, “The Victoria Falls”. The Falls are 1.7 km wide with a volume of between 20,000 and 700,000 cubic metres per minute falling down a vertical drop of 100 metres. The spray of the Falls can be clearly seen from a distance of 30km and hence its local name, Mosi-oa-Tunya, “The smoke that thunders”. Take a walk across the bridge for a spectacular view of the eastern cataract and up the main gorge. A walk down the steps to the Boiling Pot provides an interesting view from the base of the falls and the Victoria Falls Bridge spanning the gorge.

Bora Bora is a major international tourist destination, famous for its aqua-centric luxury resorts. The major settlement, Vaitape, is on the western side of the main island, opposite the main channel into the lagoon. Produce of the island is mostly limited to what can be obtained from the sea and the plentiful coconut trees, which were historical of economic importance for copra.

These are only 15 of the most picturesque places to visit and capture stunning photographs, there are many more places in the world you can travel to as well! I just hope these have inspired you to maybe have a vacation too.

Hoping you all have a fun and enjoyable week ☺