Hey y’all, hope your all OK! This past week has been busy for us, as we have had knock after knock at the front door from the postman as they’ve been delivering parcels to our house. We’ve also had someone come to fix our shower as its been leaking quite badly, so we were reduced to having baths which isn’t something that neither myself or my mum like having as it hurts my bones and my mum can’t bend to get in the bath as she suffers badly with arthritis in both her hips 😦 I don’t know why I told you guys all that, I guess I thought it might nice to let you into my life a little bit.

Anyway, enough about me and my personal life, this weeks post is about The Hepworth located in Wakefield, as there’s quite a few photos I’ll be separating them in two parts so the second part will come next week! 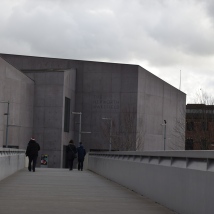 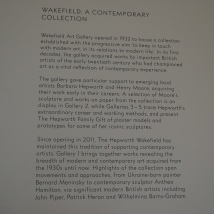 Named after Barbara Hepworth, one of the most important artists of the 20th century who was born and brought up in Wakefield, the gallery presents major exhibitions of the best international modern and contemporary art and has dedicated galleries exploring Hepworth’s art and working process. 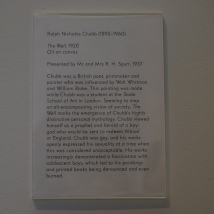 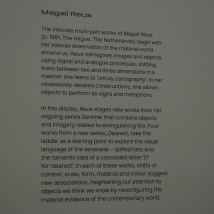 n 2003 Wakefield Council launched an international RIBA (Royal Institute of British Architects) competition to find an architect to design the new art gallery for Wakefield. The competition led to the selection of David Chipperfield Architects.

Design development started in 2004 and construction began three years later after capital funding had been secured. The £35 million development of The Hepworth Wakefield opened in 2011 to international acclaim, reaching its initial annual target of 150,000 visitors in the first five weeks.

Sculptures of Mona Hatoum encourage engagement with the contradictions of life. Hatoum explores her political and aesthetic concerns at a material level. She has said “We relate to the world through our senses… I have always been dissatisfied with work that just appeals to your intellect and does not involve you in a physical way.” The globe recurs as pulsing red neon in Hot Spot  (2018) – and in a permanent state of destruction and construction in Orbital (2018), made from steel reinforcement bars and rubble to suggest the material leftovers of war.

The design of the galleries allows the introduction of daylight through skylights and imposing floor-to-ceiling windows. The windows offer visitors wonderful views of the River Calder, important local landmarks such as the medieval Chantry Chapel and Wakefield Cathedral, and the Emley Moor Transmitting Station tower, the tallest freestanding structure in the United Kingdom.

Henry Moore was deeply tied to Wakefield Art Gallery. He was born in 1898 in the neighboring town of Castleford, the seventh of eight children.

He maintained close ties to the gallery and was President of the Wakefield Permanent Art Fund (WPAF, known also as the Friends of Wakefield Art Gallery), a post he held until his death in 1986. Despite Moore’s move to Hertfordshire, Yorkshire was always in his thoughts and he demonstrated this both through his close connections to Wakefield and to his acknowledgement of the importance of the Yorkshire landscape during his formative years. Indeed, he insisted that the references to landscape in his work were always to Yorkshire, where it was still possible to see the landscape ‘as primitive man saw it.’

I will put additional information up next week in part 2! See you next time 😀 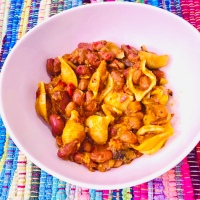