Hey everyone, hope you’re all doing good. The only news about what I’m going through at the minute is that I have an MRI scan coming up, a week from Monday, fingers crossed it goes well.

I know I usually post on a Wednesday, but this week I noticed that today is Post Traumatic Stress Disorder awareness day, and did a little more research and found out that it covers the whole month as well. I know a few people who have suffered with it (myself included), so if anyone who reads this and is suffering themselves or knows someone who is, please know that you are not alone. 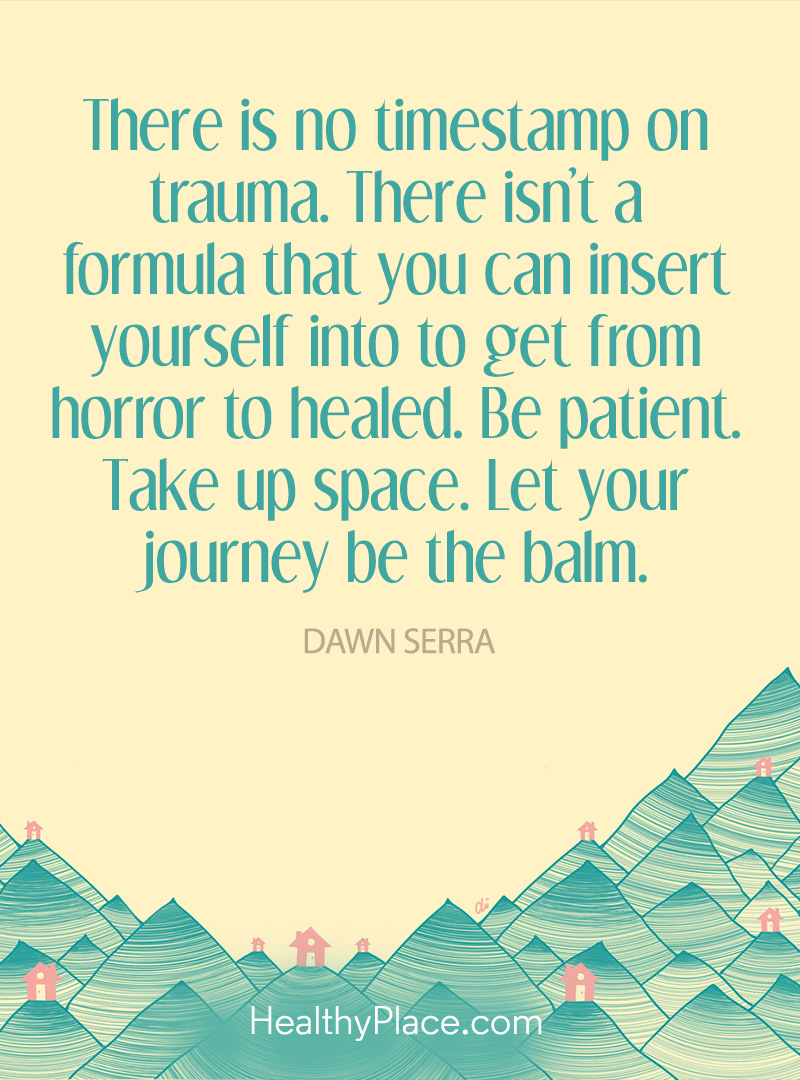 Someone with PTSD often relives the traumatic event through nightmares and flashbacks and may experience feelings of isolation, irritability and guilt.

They may also have problems sleeping, such as insomnia, and find concentrating difficult.

These symptoms are often severe and persistent enough to have a significant impact on a person’s day-to-day life.

The symptoms of post-traumatic stress disorder (PTSD) can have a significant impact on your day-to-day life.In most cases, the symptoms develop during the first month after a traumatic event.But in a minority of cases, there may be a delay of months or even years before symptoms start to appear.Some people with PTSD experience long periods when their symptoms are less noticeable, followed by periods where they get worse. Other people have constant severe symptoms.The specific symptoms of PTSD can vary widely between individuals but generally fall into the categories described below.

Re-experiencing is the most typical symptom of PTSD.

This is when a person involuntarily and vividly relives the traumatic event in the form of:

For example, they may wonder why the event happened to them and if they could have done anything to stop it, which can lead to feelings of guilt or shame.

Trying to avoid being reminded of the traumatic event is another key symptom of PTSD.

This usually means avoiding certain people or places that remind you of the trauma, or avoiding talking to anyone about your experience.

Many people with PTSD try to push memories of the event out of their mind, often distracting themselves with work or hobbies.

Some people attempt to deal with their feelings by trying not to feel anything at all. This is known as emotional numbing.

This can lead to the person becoming isolated and withdrawn, and they may also give up pursuing activities they used to enjoy.

Someone with PTSD may be very anxious and find it difficult to relax. They may be constantly aware of threats and easily startled.

This state of mind is known as hyperarousal.

Many people with PTSD also have a number of other problems, including: 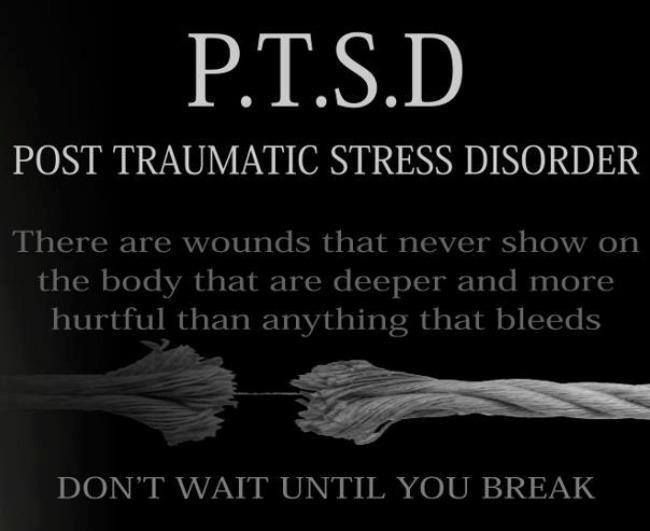 Post-traumatic stress disorder (PTSD) can develop after a very stressful, frightening or distressing event, or after a prolonged traumatic experience.

Types of events that can lead to PTSD include:

PTSD is not usually related to situations that are simply upsetting, such as divorce, job loss or failing exams. PTSD develops in about 1 in 3 people who experience severe trauma. It’s not fully understood why some people develop the condition while others do not. But certain factors appear to make some people more likely to develop PTSD.

If you have had depression or anxiety in the past, or you do not receive much support from family or friends, you’re more susceptible to developing PTSD after a traumatic event. There may also be a genetic factor involved in PTSD. For example, having a parent with a mental health problem is thought to increase your chances of developing the condition.

Why does it develop?

Although it’s not clear exactly why people develop PTSD, a number of possible reasons have been suggested.

One suggestion is that the symptoms of PTSD are the result of an instinctive mechanism intended to help you survive further traumatic experiences. For example, the flashbacks many people with PTSD experience may force you to think about the event in detail so you’re better prepared if it happens again. The feeling of being “on edge” (hyperarousal) may develop to help you react quickly in another crisis, but while these responses may be intended to help you survive, they’re actually very unhelpful in reality because you cannot process and move on from the traumatic experience.

Studies have shown that people with PTSD have abnormal levels of stress hormones. Normally, when in danger, the body produces stress hormones like adrenaline to trigger a reaction in the body. This reaction, often known as the “fight or flight” reaction, helps to deaden the senses and dull pain. People with PTSD have been found to continue to produce high amounts of fight or flight hormones even when there’s no danger. It’s thought this may be responsible for the numbed emotions and hyperarousal experienced by some people with PTSD.

Changes in the brain

In people with PTSD, parts of the brain involved in emotional processing appear different in brain scans. One part of the brain responsible for memory and emotions is known as the hippocampus. In people with PTSD, the hippocampus appears smaller in size. It’s thought that changes in this part of the brain may be related to fear and anxiety, memory problems and flashbacks. The malfunctioning hippocampus may prevent flashbacks and nightmares being properly processed, so the anxiety they generate does not reduce over time. Treatment of PTSD results in proper processing of the memories so, over time, the flashbacks and nightmares gradually disappear.

The main treatments for post-traumatic stress disorder (PTSD) are psychological therapies and medication. Traumatic events can be very difficult to come to terms with, but confronting your feelings and seeking professional help is often the only way of effectively treating PTSD. It’s possible for PTSD to be successfully treated many years after the traumatic event or events occurred, which means it’s never too late to seek help.

Before having treatment for PTSD, a detailed assessment of your symptoms will be carried out to ensure treatment is tailored to your individual needs. Your GP will often carry out an initial assessment, but you’ll be referred to a mental health specialist for further assessment and treatment if you have had symptoms of PTSD for more than 4 weeks or your symptoms are severe. There are a number of mental health specialists you may see if you have PTSD, such as a psychologist, community psychiatric nurse or psychiatrist.

If you have mild symptoms of PTSD, or you have had symptoms for less than 4 weeks, an approach called watchful waiting may be recommended. Watchful waiting involves carefully monitoring your symptoms to see whether they improve or get worse. It’s sometimes recommended because 2 in every 3 people who develop problems after a traumatic experience get better within a few weeks without treatment. If watchful waiting is recommended, you should have a follow-up appointment within 1 month.

There are 3 main types of psychological therapies used to treat people with PTSD.

Cognitive behavioural therapy (CBT) is a type of therapy that aims to help you manage your problems by changing how you think and act. Trauma-focused CBT uses a range of psychological techniques to help you come to terms with the traumatic event. For example, your therapist may ask you to confront your traumatic memories by thinking about your experience in detail. During this process, your therapist helps you cope with any distress you feel while identifying any unhelpful thoughts or misrepresentations you have about the experience. Your therapist can help you gain control of your fear and distress by changing the negative way you think about your experience (for example, feeling you’re to blame for what happened, or fear that it may happen again). You may also be encouraged to gradually restart any activities you have avoided since your experience, such as driving a car if you had an accident. You’ll usually have 8 to 12 weekly sessions of trauma-focused CBT, although fewer may be needed. Sessions usually last for around 60 to 90 minutes.

Eye movement desensitisation and reprocessing (EMDR) is a relatively new treatment that’s been found to reduce the symptoms of PTSD. It involves making side-to-side eye movements, usually by following the movement of your therapist’s finger, while recalling the traumatic incident. Other methods may include the therapist tapping their finger or playing a tone. It’s not clear exactly how EMDR works, but it may help you change the negative way you think about a traumatic experience.

Some people find it helpful to speak about their experiences with other people who also have PTSD. Group therapy can help you find ways to manage your symptoms and understand the condition. There are also a number of charities that provide counselling and support groups for PTSD.

Antidepressants, such as paroxetine, sertraline, mirtazapine, amitriptyline or phenelzine, are sometimes used to treat PTSD in adults. Of these medications, only paroxetine and sertraline are licensed specifically for the treatment of PTSD, but mirtazapine, amitriptyline and phenelzine have also been found to be effective and may be recommended as well.

These medications will only be used if:

Amitriptyline or phenelzine will usually only be used under the supervision of a mental health specialist. Antidepressants can also be prescribed to reduce any associated symptoms of depression and anxiety and help with sleeping problems, but they’re not usually prescribed for people younger than 18 unless recommended by a specialist. If medication for PTSD is effective, it’ll usually be continued for a minimum of 12 months before being gradually withdrawn over the course of 4 weeks or longer. If a medication is not effective at reducing your symptoms, your dosage may be increased. Before prescribing a medication, your doctor should inform you about possible side effects you may have while taking it, along with any possible withdrawal symptoms when the medication is withdrawn. For example, common side effects of paroxetine include feeling sick, blurred vision, constipation and diarrhoea. Possible withdrawal symptoms associated with paroxetine include sleep disturbances, intense dreams, anxiety and irritability. Withdrawal symptoms are less likely if the medication is reduced slowly.

Thank you for taking the time to read this, again if you or someone you know is suffering from PTSD, please know you are not alone, and talk to someone, please don’t suffer in silence.

Come back next week and get the recipe to a delicious dessert.

More will be revealed next time!