Good morning everyone, hope you are all alright. Before I get on with today’s post, I thought it might be worth mentioning that because I did Best DSLR Cameras last week, I’m going to be doing a post on Best Shoot and Point Cameras, which I can tell you will be posted in a months time on the 3rd of August, as I already have posts pre-scheduled for the next few weeks, but I wanted to give you all a heads up of the date if you are wanting some ideas of the best cameras for point and shoot photography! So stay tuned for that in the upcoming weeks. Last week I excitedly said that we were going to be visiting my sister on Sunday, sadly though that didn’t get to happen and we couldn’t go and see her as unfortunately my sister and her family have tested positive for COVID, my brother (in-law) bless him got it first and has been poorly with it over the weekend, and then Monday morning she messaged saying that she’s tested positive and it looks like Isaac has got it as well, so I’m sending them all lots of hugs and well wishes to get better soon.

On with today’s post…At first the character of Bernadette Rostenkowski expertly portrayed by Melissa Rauch seemed to be a quiet and somewhat humorless character, but she has proved audiences very wrong over the various seasons, getting funnier and funnier each time. Bernadette was one of the more intelligent characters in the series and wasn’t afraid to be sassy, strong, or even offensive. Bernadette wasn’t one to sugarcoat things, which is why she made such a great partner for Howard. She transformed a lot over her time on The Big Bang Theory and created a comfortable life for her family. She received her doctorate, she got married, she had children, and she had a successful career. Take a look at some of her best and funniest quotes…

Bernadette: (Shouting from the bathroom) “How many times do I have to tell you to replace the toilet paper when it’s empty?”
Howard: “I’m in the middle of something.”
Bernadette: “So am I!” (7×12 – The Hesitation Ramification)

Bernadette: “You realize it’s been years since we’ve got away just the two of us.”
Howard: “I know. I can’t wait. Fancy hotel room. The big bed.”
Bernadette: “Yeah. We’re gonna sleep our asses off.” (12×24 – The Stockholm Syndrome)

Bernadette: “Are you kidding? I’ve always been treated differently! Look at me. Listen to me. I mean, the first thought when you see me isn’t, “That’s a scientist.” It’s, “I wonder if her mommy knows where she is.” (10×2 – The Military Miniaturization)

Bernadette: “She thinks she got food poisoning from that deli and she just wanted to make sure I was okay.”
Howard: “And are you?”
Bernadette: “No, because I’m engaged to a putz! You let me believe I was the reason she had a heart attack.”
Howard: “Well, based on the available evid-“
Bernadette: “Shut up! She said I’m a wonderful girl and that you’re lucky to have me.”
Howard: “Where are you going?”
Bernadette: (sounding like Mrs. Wolowitz) “To the toilet! Is that okay with you?” (4×23 – The Engagement Reaction)

Bernadette: “I’m too small for Twister. And roller coasters. And sitting with my feet on the floor. Hope you enjoyed the prenatal cigarettes, Mom.” (5×10 – The Flaming Spittoon Acquisition)

Bernadette: “Every one of you has the capacity to be anything you want to be.”
Penny: “Unless you want to be Cinderella.”
Bernadette: “Come at me. See what happens!” (6×18 – The Contractual Obligation Implementation)

Howard: “Two weeks ago I was an astronaut.”
Bernadette: “Yeah, well, now you’re a Smurf. Keep walking.” (6×5 – The Holographic Excitation)

Howard: “Okay, I’m still trying to work this out. How did Penny meet an astronaut?”
Bernadette: “I don’t know. The regular way people meet astronauts.”
Howard: “Most of those guys live in Texas.”
Bernadette: “Obviously, this one doesn’t.”
Howard: “Okay.”
Bernadette: “Leonard lives here. Priya’s from India. People meet, Howard. God!”
Howard: “Fine.”
Bernadette: “You’ve met lots of astronauts, and I’ve never grilled you about that. I’d thank you to extend me the same courtesy.” (4×22 – The Wildebeest Implementation)

Bernadette: “So your boyfriend’s a fixer-upper? Most of them are. I mean look at this guy. Do you think he came like this? When I met him he was a hot, goofy mess. Now, he’s been to Space. That’s all me!”
Howard: “I had a little to do with it.”
Bernadette: “Oh sure you did. Who’s momma’s big Space Man?”
Howard: “I am!” (7×15 – The Locomotive Manipulation)

Bernadette: “My mother wouldn’t let me ride a bicycle because she was afraid I might hit a bump and lose my virginity.” (3×5 – The Creepy Candy Coating Corollary)

Bernadette: “Aw, she’ll be okay. She’s a grown woman.”
Howard: “I know. It’s just ever since my dad left, I’ve felt responsible for her.”
Bernadette: “That’s a lot for a kid to deal with.”
Howard: “She was just so sad all the time. I was the only person who could cheer her up. Well, me and Ben and Jerry.”
Bernadette: “She’s lucky you were there.”
Howard: “You know, she’s why I first got into magic. I would do little shows for her, hang up a bedsheet like it was a curtain, and put on a top hat and cape. And part way through the act, I would say I needed a volunteer from the audience to be my beautiful assistant and invite her up on stage. I can still remember the way she’d smile. For a few minutes, she’d forget how lonely she was.”
Bernadette: “Aw, crap. Let’s go.”
Howard: “Where are we going?”
Bernadette: “Grab a box. We’ll sleep at your mother’s place tonight.
Howard: “No, but I want to live here.”
Bernadette: “Well, you should’ve thought of that before you told me the stupid magic trick story.” (6×7 – The Habitation Configuration)

Bernadette: “I didn’t know her five minutes and she asked, (imitating Mrs. Wolowitz) “Are you a Milky Way or a Snickers girl?”
Howard: “Thank God you answered right – we wouldn’t be here today.” (10×11 – The Birthday Synchronicity)

Bernadette: “This wasn’t supposed to happen. We were careful.”
Penny: “Yeah, I didn’t even think you could get pregnant while you were breastfeeding.”
Bernadette: “Well, guess what? You can!” (11×1 – The Proposal Proposal)

Howard: “Bernie, this is our kid’s name. I think we should both agree.”
Bernadette: “You’re right. We both made this baby.”
Howard: “Thank you.”
Bernadette: “And I carried it, had to stay in bed for four months, sacrificed my body and my job, and soon it’s gonna burst its way out of me like the Kool-Aid Man.”
Howard: “Exactly. Fifty-fifty.” (11×16 – The Neonatal Nomenclature)

Bernadette: “And just to be safe, when you talk to him don’t bring up Jimmy Carter, gardeners, foreign people, homosexuals, Sean Penn, Vatican II, gun control, organic food, the designated hitter rule, recycling or the fact that you’re Jewish.” (5×16 – The Vacation Solution)

Howard: “Oh, come on, the man torments me. I’m just letting him have a little taste of his own medicine.”
Bernadette: “Sheldon doesn’t know when he’s being mean because the part of his brain that should know is getting a wedgie from the rest of his brain. (5×21 – The Hawking Excitation)

Bernadette: “Hang on, you’ve had her for hours?”
Raj: “Yes. I picked her up, and then we both went for massages to try and calm down. And then we got Pinkberry.”
Bernadette: “So you knew she was okay, and you couldn’t pick up the phone to tell us?”
Raj: “Well, I, I thought about-“
Bernadette: “Don’t well me, mister. We’ve been worried sick. She could have been dead for all we knew. You should be ashamed of yourself.”
Raj: “Sorry. I, I just-“
Bernadette: “Sorry’s not good enough. Maybe you need to take some time and think about what you’ve done.” (ends the Skype call)
Howard: “Nice guilt trip. You are gonna be an amazing mom!” (6×22 – The Proton Resurgence)

Bernadette: “I got into science because I was always the smallest kid in the school. I thought if I became a scientist I could invent a formula that made me taller.”
Amy: “That’s cute.”
Bernadette: “I thought it was working for a while, but then I found out my brother was just lowering the pencil marks on the door frame.” (7×22 – The Proton Transmogrification)

Jesse: “You’re back.”
Bernadette: Angry voice “Yes, I am. There’s a few more things I want to say to you. Stuart’s store is just fine. And he’s a much nicer person than you are. And if you still have that comic I’d like to buy it right now.”
Jesse: “No problem. Want a latte while you wait?”
Bernadette: “No, I don’t want a latte. I want a cappuccino and a blueberry scone.”
Jesse: “I only have chocolate chip.”
Bernadette: “Well that sounds even better!” (7×13 – The Occupation Recalibration

Bernadette: “Howie, I love you. And as your wife, your mother is every bit as much my problem as she is yours. So, I want a divorce.” (7×24 – The Status Quo Combustion)

Thank you for visiting my blog and reading today’s installment of The Big Bang Theory Character quotes featuring Bernadette. I hope you all have a lovely week and I shall see you next Wednesday! 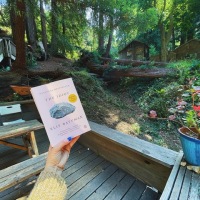